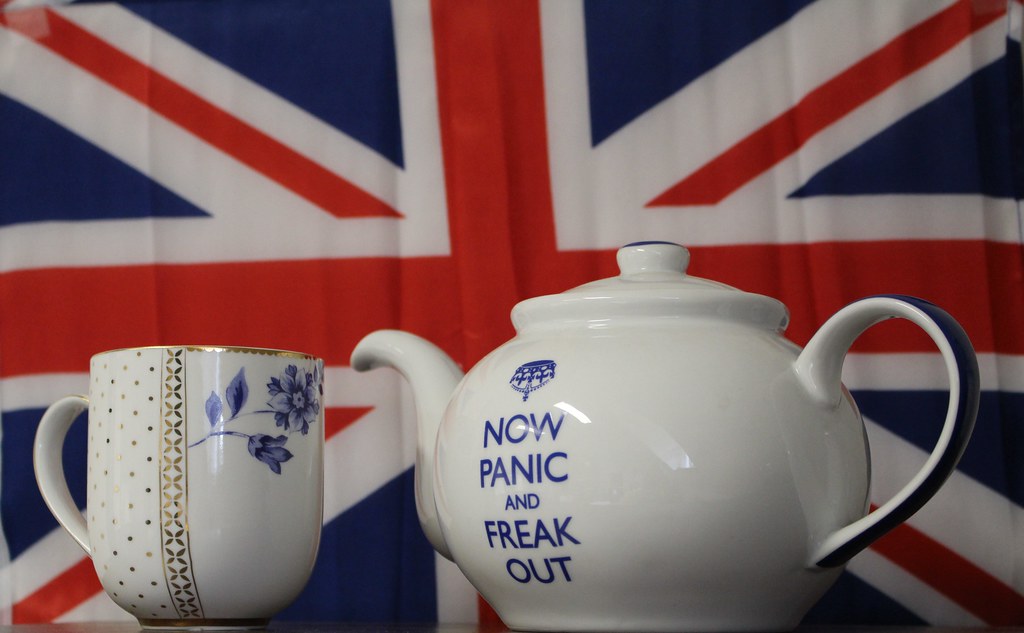 Theresa May this summer got away with the immediate aftermath of the Brexit referendum, partly because companies, markets and other key economic agents seem to have thought “OK, she’ll surely be reasonable. Surely the Tories have enough well-placed friends and experience to negotiate a ‘Brexit means Brexit’ that is reasonable for the key market forces that underlie the British economy.”

Declaring as she did a couple days ago that Article 50 will be triggered by March 2017 shatters this semblance of calm and opens the door to years of political and economic turmoil. In effect, it’s as if she had actually triggered the Article now although with a slightly longer timeline of 2.5 years – timeline against which everything will now be measured. Why make this declaration now?

The Financial Times argues that the motive is purely political: she chose this timing to placate impatient Brexiteers in her party and minimise the risk of the Conservative Party looking disunited at its annual conference. Imagine the stories otherwise: “Labour comes out of its conference looking increasingly united but the Tories are dividing”. Perhaps, then, the PM was clever to name the date now?

Probably not. She’s playing with very high stakes at a gambling game in which she lacks strong cards. Pretty much every experienced trade negotiator (please note: “experienced negotiator”, not tabloid pundit) says it will take years to get new deals (note the necessary plural). Without a (good!) deal by the end of the Article 50 period the UK economy will face quite a plunge into a completely new, and probably not very favourable, legal context for its trade. That the specifics are uncertain is not going to appease the markets or encourage them to smooth our ride to that date.

Moreover, the UK government has so few trade experts to lead a clever negotiation game that it’s having to recruit them. The EU27 (the other members), for their part, are in no rush (some also have existential elections to focus on first), and have far less to lose. The rest of the world might use this as an opportunity for a trade deal with the UK, but not necessarily for a deal that benefits UK constituents (Do you think international relations to date has been governed by solidarity? Or that the UK has projected so much selfless love in the past to earn magnanimous solidarity now?). Calling the date now gives away one of the few bits of leverage the UK had in negotiating a good deal for post-Brexit GB (or, well, England and Wales).

Theresa May is in effect pointing the allegorical gun on the head of UK Brexit negotiators (led by the strikingly reckless – some say rather incompetent – Davis, Johnson and Fox): “Brexit must mean Brexit and you must make a success of it”. She must know the gun going off would probably kill her political career too (though she’ll be fine herself, don’t worry – there’s many potential luxurious careers awaiting recycled PMs). The problem and the bitter reality for others in the UK is that the gun is also on the UK economy too. And markets will speculate no end about it as time flies and in reaction to every little declaration by British and European politicians.

The PM’s approach as a cold administrator delivering what people seem to want worked alright at Home Office. Actually, it did “alright” in seeming to apply toughness on immigration – but it failed to reach populist targets, it angered the police force and it fostered further lingering xenophobia.  May herself did do alright out of it though, so far. And economic doom has not enveloped the country (yet?). So “jusque ici tout va bien”. But the next line in La Haine famously adds: “Mais l’important n’est pas la chute, c’est l’atterrissage.“ [“How you fall doesn’t matter. It’s how you land! “]

May basically declared an end to her honeymoon. Europhile Tories are going to get vocal. The SNP too. Labour, if more clever, will exploit this. Corporations will plan for the potential (and so far looking most likely) scenario of the end of passporting rights to the EU. The tabloids will scream ever louder. Brexit utopians will cling to dreams and every reassurance they can find. Europhiles will panic and some will prepare plan B (remember this includes the most educated and the youngest).

Until we hit the floor, leading Brexiteers can claim we’re doing fine: jusqu’ici tout va bien. What I’m curious to know is exactly how they will be held accountable after March 2019. And by “they”, I don’t mean those fooled by a rotten political and media system into believing this seemed a good idea at the time, I mean the establishment game players on the top floor who have been playing with our futures. Who will pick up the pieces, who will be the pieces, and will those who led the fall accept responsibility? Who will have benefited from this whole episode? And will discussions about the EU have grown in maturity by then? Honi soit qui mal y pense?